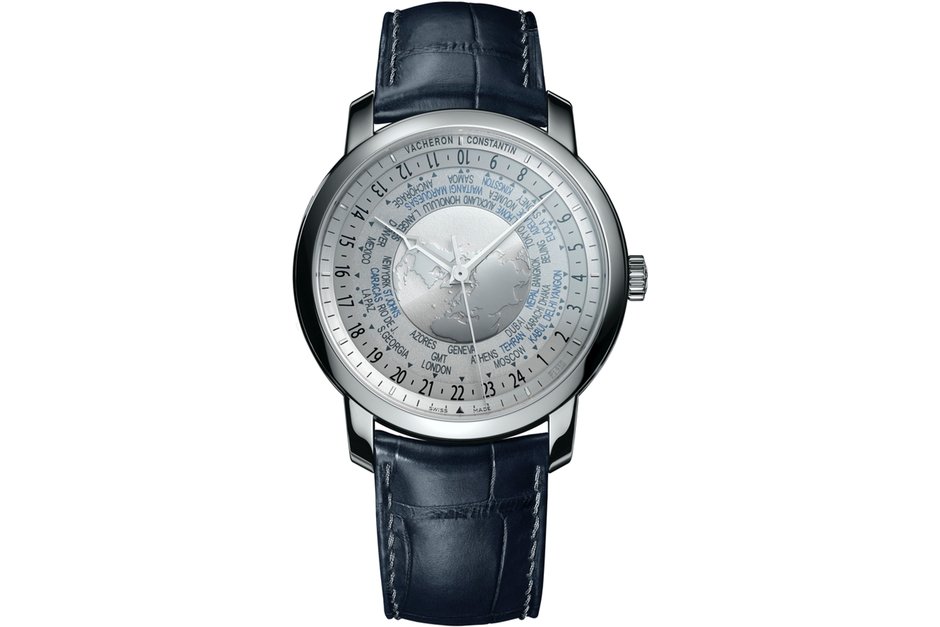 There are watches and then there are watches. Whichever class you choose to put this new world timer from Vacheron, one thing is undeniable – it is classy beyond belief. Vacheron Constantin announced just recently that they will be adding two new watches to their Excellence Platine collection.

These new timepieces will be officially unveiled at the Watches & Wonders exhibition going on in Hong Kong starting at the end of this month (September 30th – October 2nd). The other model to be released is the Excellence Platine Traditionelle Day-Date and Power Reserve, which will be reviewed later this week. Both of these watches will be launched in exclusive series of just 100 pieces.

To be honest, I much prefer the understated aesthetics of this model to its forerunner – the Patrimony Traditionelle World Time. However, it must be said that the latter is no slouch when it comes to aesthetic qualities. Functionally, the two watches work the same and feature pretty much all of the time zones, including those pesky half hour ones.

As the name might suggest, the Excellence Platine collection features watches made from this most precious of all metals. The World Time features case dimensions of 42.5mm for its diameter. This model is fitted with a superb dark blue alligator leather strap with grey contrast stitching to match the hue of the 950 platinum. In fact, the stitching is actually made from platinum and silk. The water resistance of this Vacheron Constantin Excellence Platine Traditionelle World Time stands at 30 meters.

The dial is made satin finished from platinum with a depiction of the Northern Hemisphere in a Lambert projection style. The dial also features two rotating discs, which allow the user to discern the time in virtually any part of the world. The watch also carries beveled, rhodium toned hands. Protecting the dial is a scratch resistant sapphire crystal.

This amazing watch is driven by the self-winding mechanical movement caliber 2460 WT. This movement features a balance wheel that beats at 28,800 VpH, and an autonomy of 40 hours.