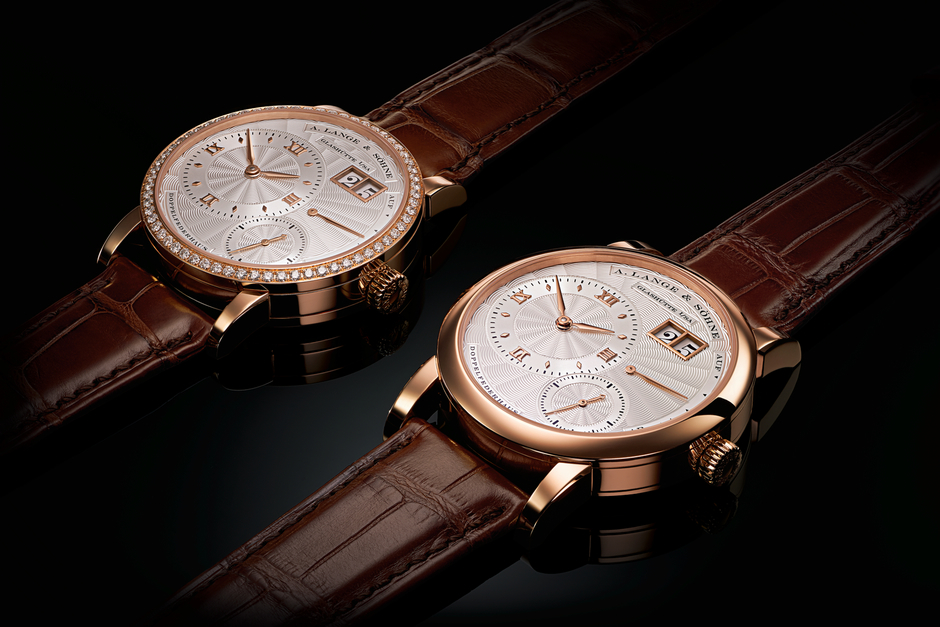 On the occasion of the Watches & Wonders exhibition, which opened its doors on 30th of September 2014, A. Lange & Söhne unveiled its celebratory LANGE 1 “20th Anniversary” watch set, designed in honor of the vicennial birthday of the LANGE 1 model. A. Lange & Söhne was founded in 1845, in the town of Glashütte, which is considered a home of the German watchmaking industry. The company was growing more and more famous for its pocket watches and oversized military wristwatches until 1948, when the post-war Soviet government confiscated its property and closed its doors. The brand was restored in 1990, and its first range of modern-day wristwatches, including the famous Lange 1 model, was unveiled in 1994. The 24th of October 2014, sees the 20th anniversary of this historical event. Even today, the Lange 1 model remains the same and easily distinguishable by its asymmetric dial, the outsize date, and the three-day movement.

A. Lange & Söhne celebrates the 20th birthday of the LANGE 1 model with two beautifully paired watches. The brand is launching five limited edition sets comprising the Lange 1 and the Little Lange 1 models, united to symbolize the importance of spending time together. Both models are issued in their celebratory editions, featuring a guilloche solid-silver dials, while the ladies’ version, the Little Lange 1, comes with a glistening bezel set with 64 brilliant-cut diamonds of Top Wesselton quality (approx. 0.8 ct).

Both models from the A. Lange & Söhne LANGE 1 “20th Anniversary” set are powered by the Lange’s L901.0 manufacture caliber. This manual-winding movement is the same one that drove the first A. Lange & Söhne watch of the new epoch. Assembled from 365 individual components and mounted on 53 jewels, it beats at 21,600 semi-oscillations per hour, and provides around 72 hours of power reserve. In addition to the basic time telling functions – indicated in hours, minutes and subsidiary seconds with stop seconds – the legendary L901.0 caliber propels the Lange outsize date and the power reserve indicator.

The five limited edition watch pairs are available in distinctive case and dial arrangements: platinum/black, platinum/rhodié, white-gold/blue, pink-gold/argenté and pink-gold/black. Each of these sets is issued in 20 pairs. The watches from the 20th anniversary set are made in two different diameters: 38.5 millimeters for the Lange 1 for men, and 36.1 millimeters for the ladies’ timepiece, the Little Lange 1. Both are 10 mm thick. The announced retail price for the A. Lange & Söhne LANGE 1 “20th Anniversary” watches are $98,100 USD for pink gold, $100,500 USD for white gold and $122,900 USD for platinum sets.